I LOVE TO CREATE
AND CRAFT.

‍‍I’m a Creative Director living and working wherever exciting briefs pop up. Over the last 10 years, I've been lucky enough to work in leading advertising agencies creating beautiful campaigns and brand experiences. The work I've done never drew a line between online, offline or any other channels and was made for wherever the idea or design worked best. I had the chance to work with many talented people at agencies such as kempertrautmann, Leagas Delaney, Serviceplan, TBWA\MediaArtsLab, Grabarz&Partner and Kolle Rebbe. On the way, I’ve also won some nice awards, but am a little bit prouder of some cycling medals that demanded quite some pain as well.
‍
So if you need some help on a project send me a text or ring. If I don’t respond I’m probably outside enjoying gelato. 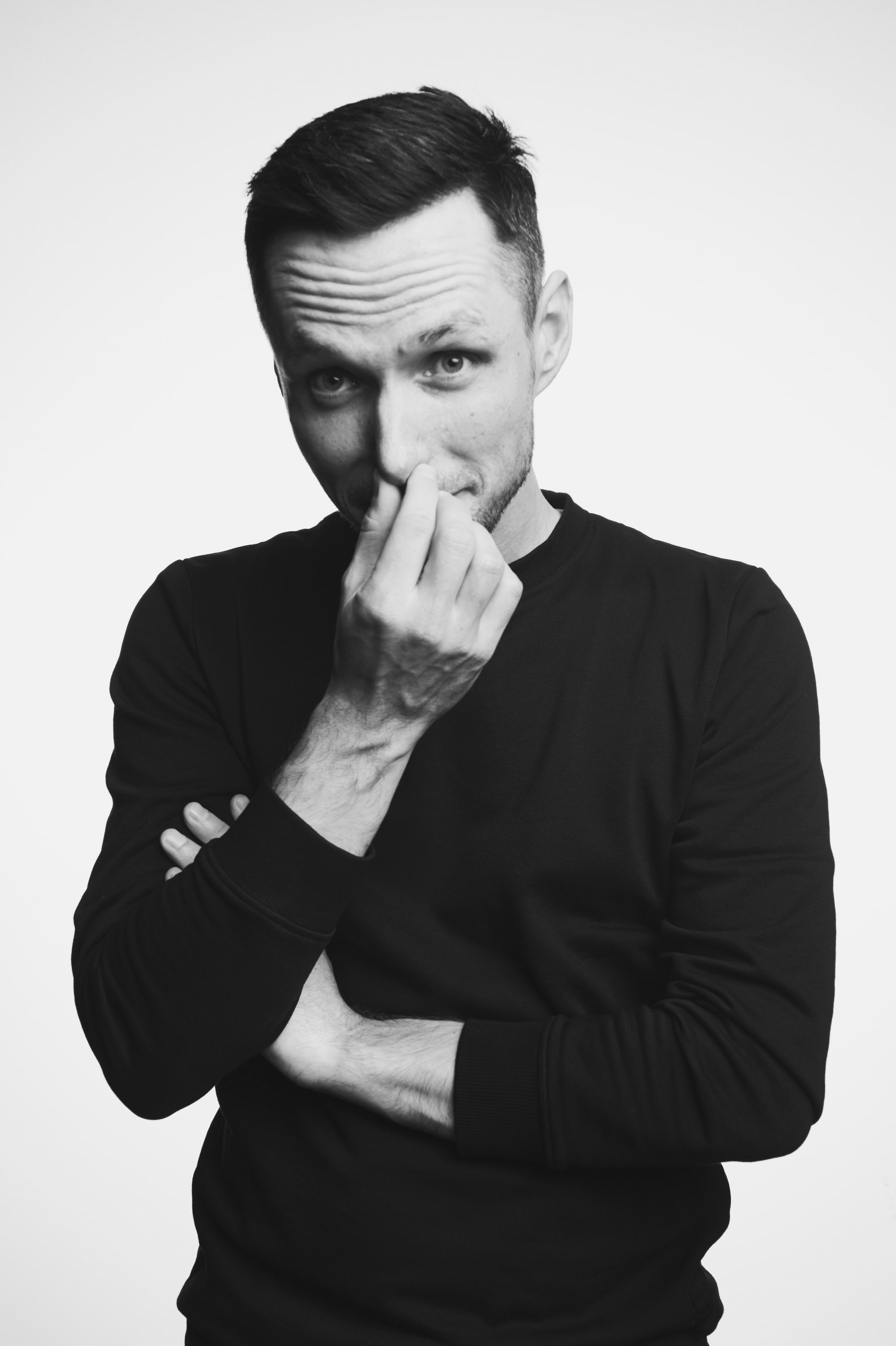 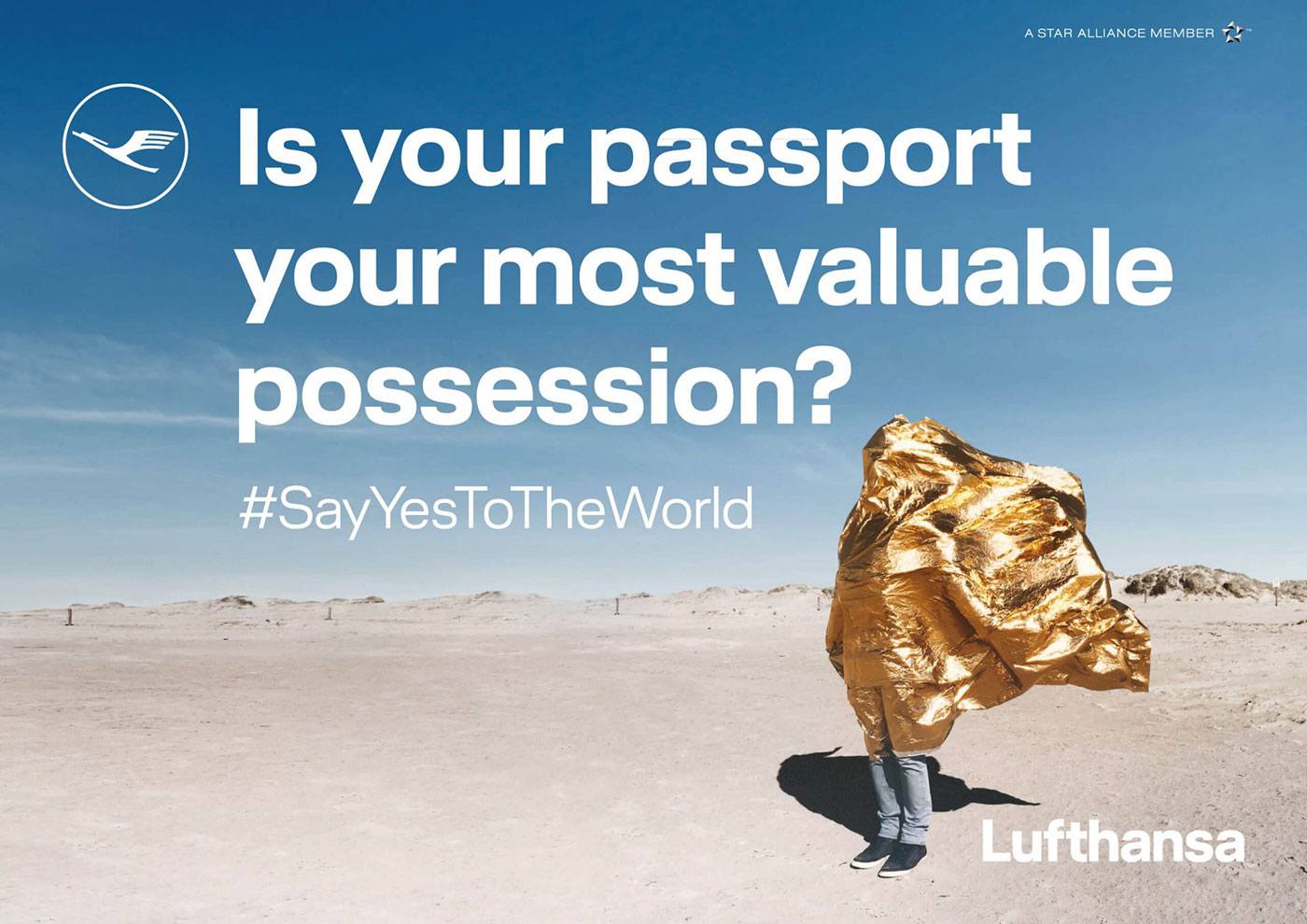 The focus of communication is being shifted from top-quality products to unforgettable experiences, with Lufthansa positioning itself as a partner to anyone who is open to trying new things and ready to view travelling as a rich source of inspiration within their lives at large.

Netflix is entering new territory with its thriller series "Dark." A mysterious family saga which is set in a small German town. Dark covers every thrilling aspect from child abduction to government conspiracy to time travel. As everything in Dark is linked through time we created a TVC that worked both ways. The words you’ll hear will make sense in a positive hopeful way, but backwards in a depressing negative way.

What makes the iPhone the world’s most popular camera?
The proof is in the pictures and the users behind the lens.

We looked for stunning pictures from everyday people on photo-sharing platforms and selected 162 non-comissioned, user-created iPhone 6 shots from users around the globe. The campaign ran on over 10700 sites worldwide, including 400+ large format billboards, in 71 cities across 25 countries. We created photo galleries in urban transit areas and large format dominations that beautifully showcased the user-created images. The iPhone World Gallery is the largest mobile photography gallery in history - a true democratization of creativity through a campaign that transcends language.

A little exploration into 3D playing with perspective.

A little teasing snippet of footage of the new AMG GT3 which will be ready for the 2020 season.

After a furious manhunt for Pablo Escobar in season 2, everyone knew Pablo was dead. Story told as many would think. But while the hunt for Pablo was on, slowly and quiet the Cali cartel was about to take over Pablo's legacy and became the biggest and most profitable drug cartel at the time. Pablo Escobar had an estimated known net worth of US $30 billion by the early 1990s, but the Cali Cartel made $22,500 every 30 seconds. That's $23.5 billion a year.

For a special media placement on N24, a German news station, we created a teaser which used known and learned On-Screen design to achieve a disturbing moment within the ad break. A breaking news moment about Pablo's death as it would have happened just now. 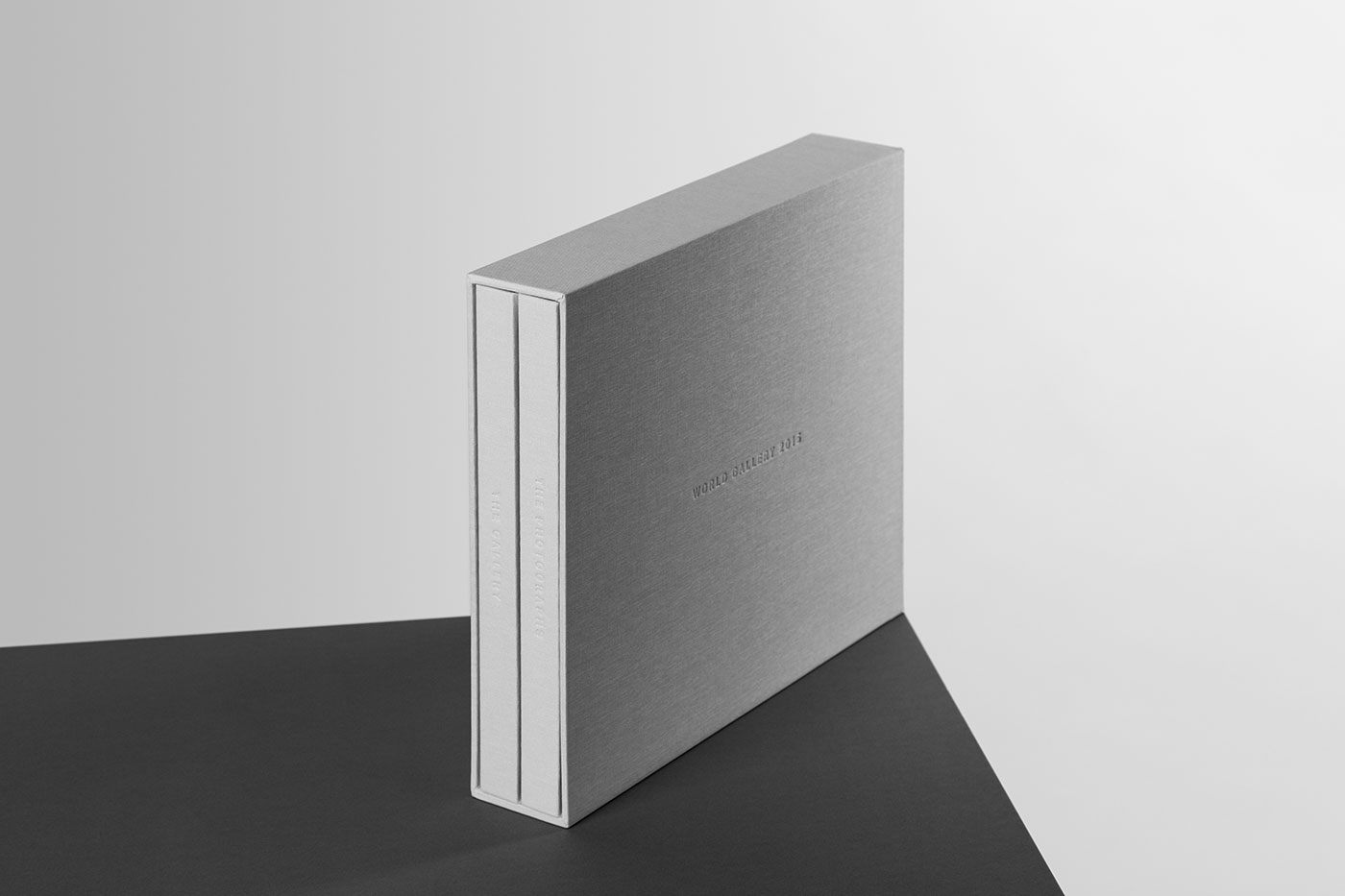 After the success of the Shot on iPhone 6campaign, Apple wanted to surprise and thank the photographers for their contribution and the buzz they created. So we created two books that were exclusively sent out to all contributors, showing all their photos around the world and how they were used to create the Worlds biggest Gallery in history. 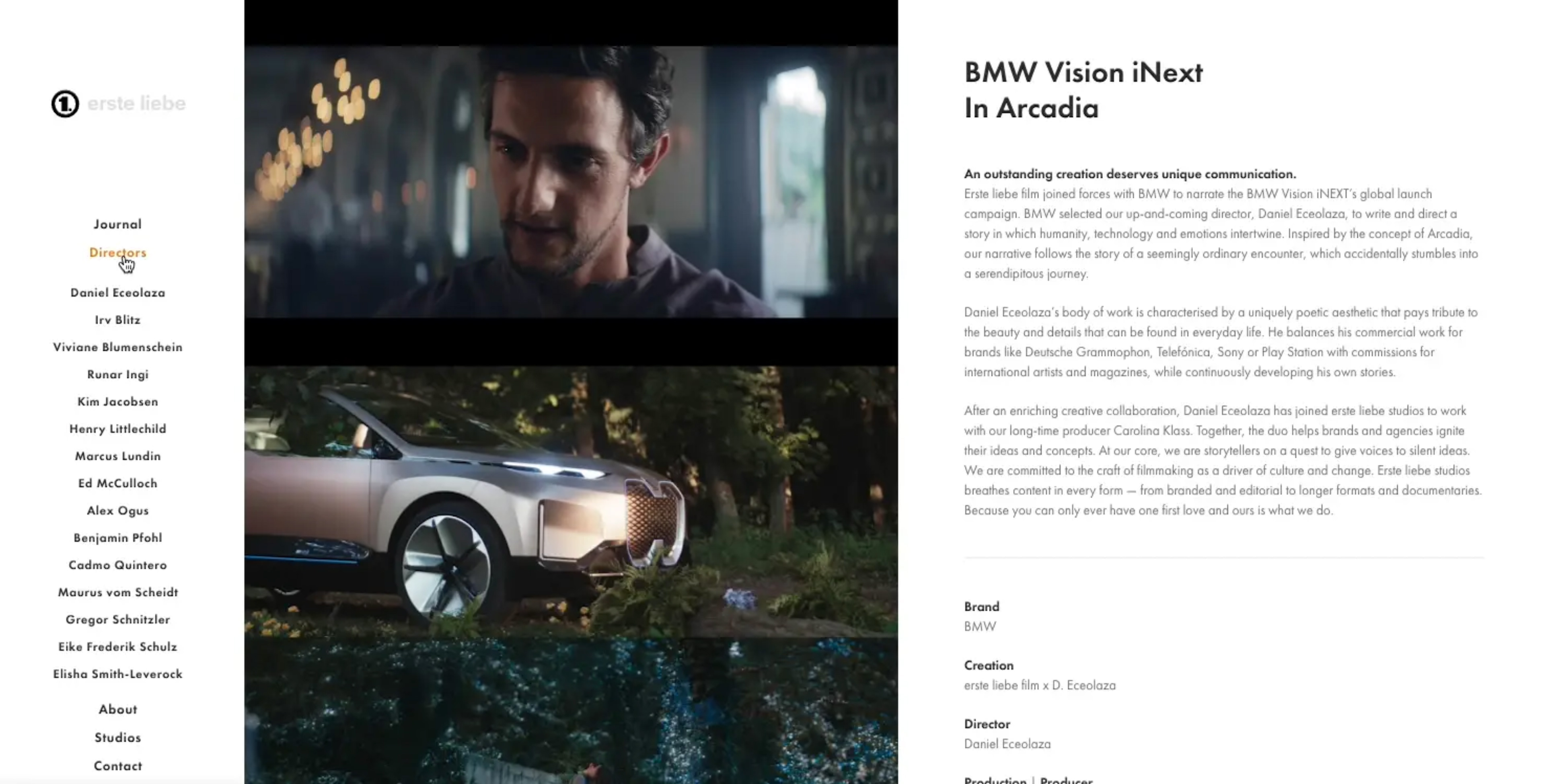 While working on a new and fresh appearance for erste liebe film production I designed and realized a new Website which represents their new approach in film making, integrating their content division erste liebe studios, and defining a new typography handling.

A slightly different zombie show was about to launch on Netflix starring Drew Barrymore and Timothy Olyphant. Sheila played by Drew Barrymore accidentally becomes a zombie but different to known zombie stereotypes she keeps her mind and doesn't want to kill and eat humans, at first. Santa Clarita Diet is a romantic comedy with a zombie touch, showing Sheila in her quest to handle her desires in suburban Santa Clarita.

This led us to a rather ironic and less genre typical campaign as Santa Clarita Diet is all about the secret recipe for a happy marriage. 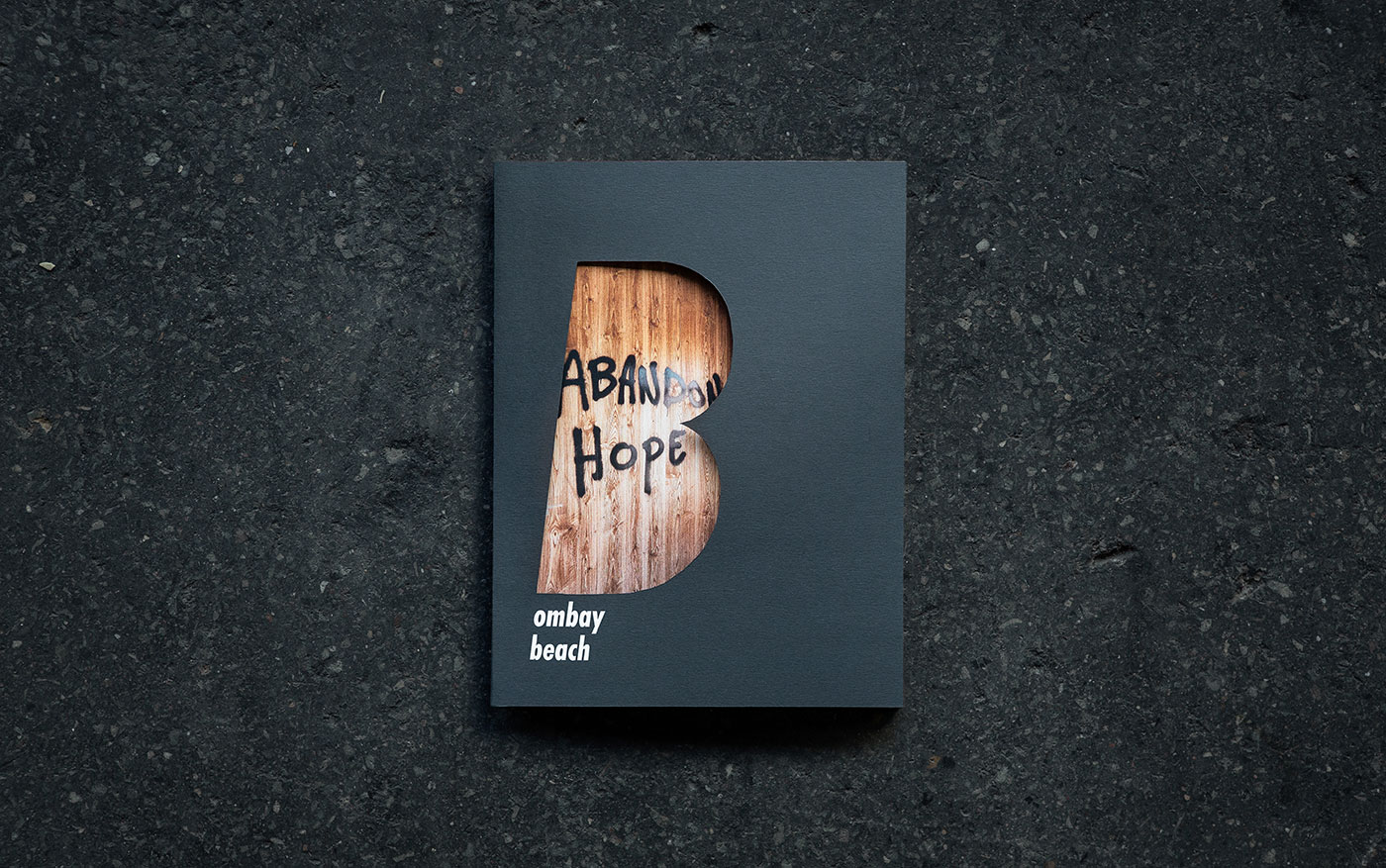 Back in the days, during the '50s and '60s Bombay Beach was a vibrant holiday resort. Located in California and just a 2-hour drive west from LA. Guests swam, came for golfing, the yacht clubs and partied all night. These days it's an abandoned wasteland. The smell of rotten fish, salt and petrol covers the area. The coastline, once packed with sunbathers is covered in desiccated fish carcasses. This is a booklet which pictures the remains of this once shiny holiday resort.

For the launch of the Apple Watch I was working on and supervising the localisation and post production of 13 TV spots for 6 european markets distributed in two waves.

2018 saw the launch of Lufthansa’s global branding campaign that addresses the ways in which its target market’s needs have changed and what the concept of travel has now come to mean within society. At the heart of the campaign is Lufthansa’s mission to inspire people to want to explore and see the world, which is encapsulated in the motto ‘Say yes to the world’.

We developed an interactive mixed-reality experience called “OpenSeats”. This installation lets users take a seat in front of a giant screen, on which they can see themselves projected into destinations like Mumbai, Shanghai or Munich.

German film production company erste liebe film just recently opened up a new content division called erste liebe studios. As they are located within an old loft style cargo train district they wanted to send rather inspiring and unseen Christmas wishes during the festive season. So I filled the open space with an “erste liebe” interpretation of a Christmas tree. 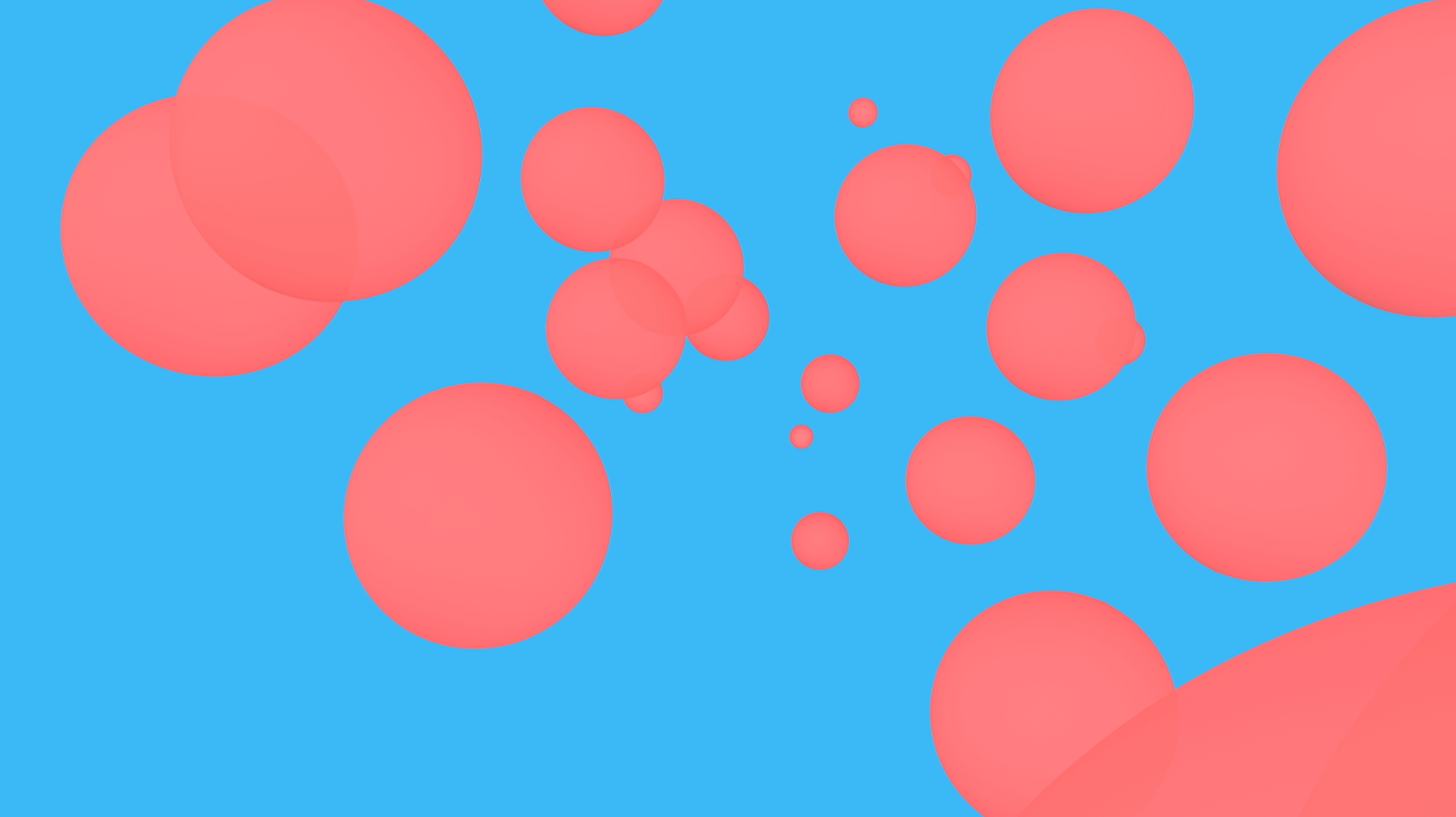 Apple's first digital campaign, made just for Tumblr. Playful videos feature animated dots in different daily situations. I was originating and supervising spots for the german market, coming up with locally relevant concepts and taking care of the post production.

Besides fleshy burgers and fries fitting for the American cliche, what would fit better for Berlin as a typical german Curry sausage. With a meaty twist though.

To emphasize the exceptional sustainability of Followfish we even recycled the tin and built a ukulele out of it. Thus we demonstrate with music that eating tuna can be fun again. Since then the British singer-songwriter Duncan Townsend and his instrument met regularly with other musicians for sustainable jam sessions: the TunaTunes. 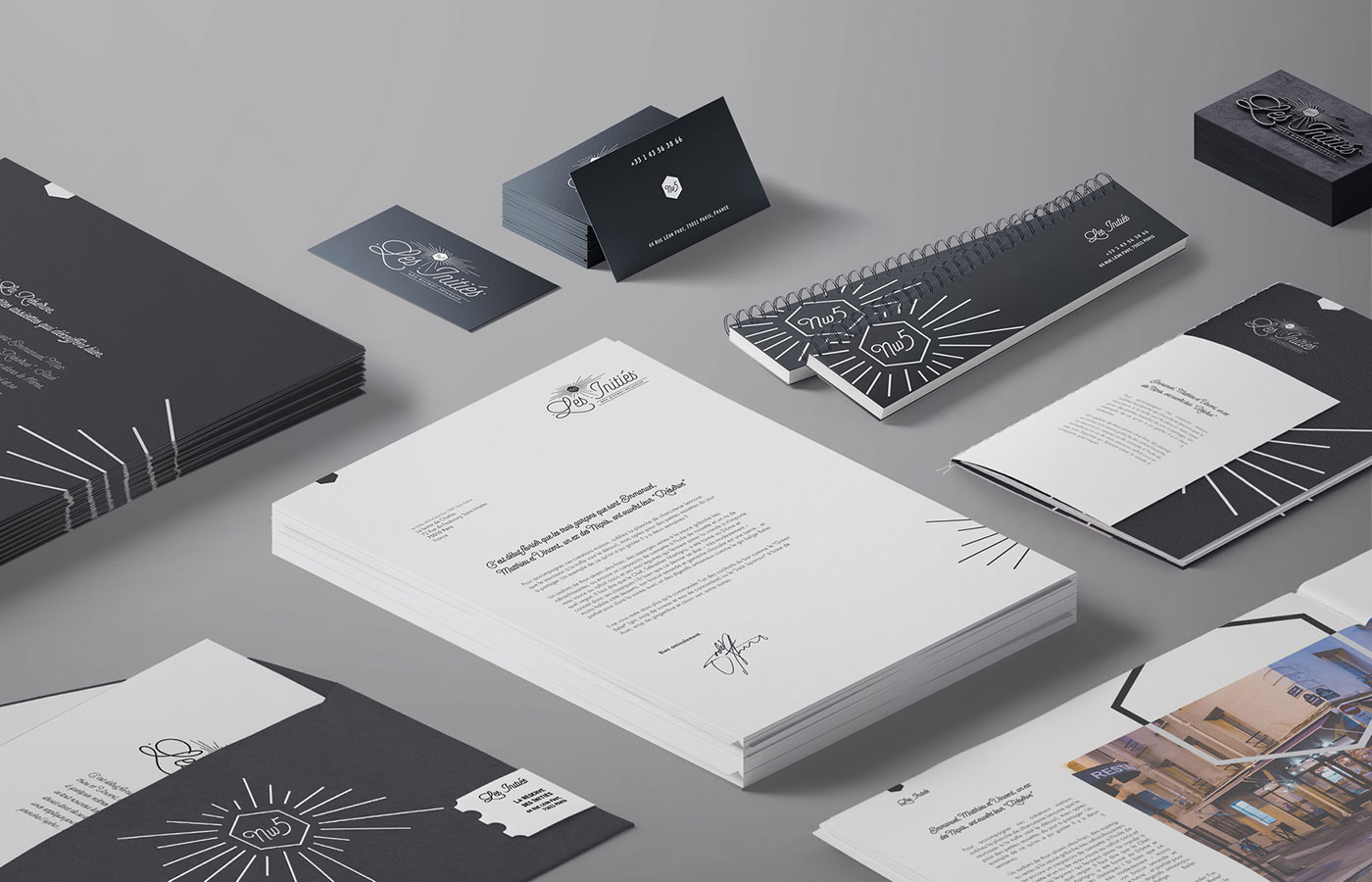 French restaurant group Les Initiés opened up a new restaurant in Paris and wanted it to be their main base and tryout shop to test new ideas and concepts. At the same time, they also wanted an overhaul for Les Initiés' identity. So I developed two corporate designs which are linked to each other and are scalable for future projects.

The world’s fisheries are exploited to the limit. That’s why followfish is 100% committed to sustainable fishing — and especially comprehensive education. We developed a unique look for our client and used it for corporate materials, the website, a brand book, fair equipment and finally a brand film.

With SKODA's strongest year on record, the Czech car manufacturer entered the microcar sector with its Citigo. For the launch, we created a huge cross-media campaign which sells the Citigo as a communication tool, not as a car. With a twinkle in the eye, we showed several features and apps representative for specific car features. The main feature of this new gadget is the "meet" function which allows you to see your friends in real life, in real-time and in ultra-realistic 3D. 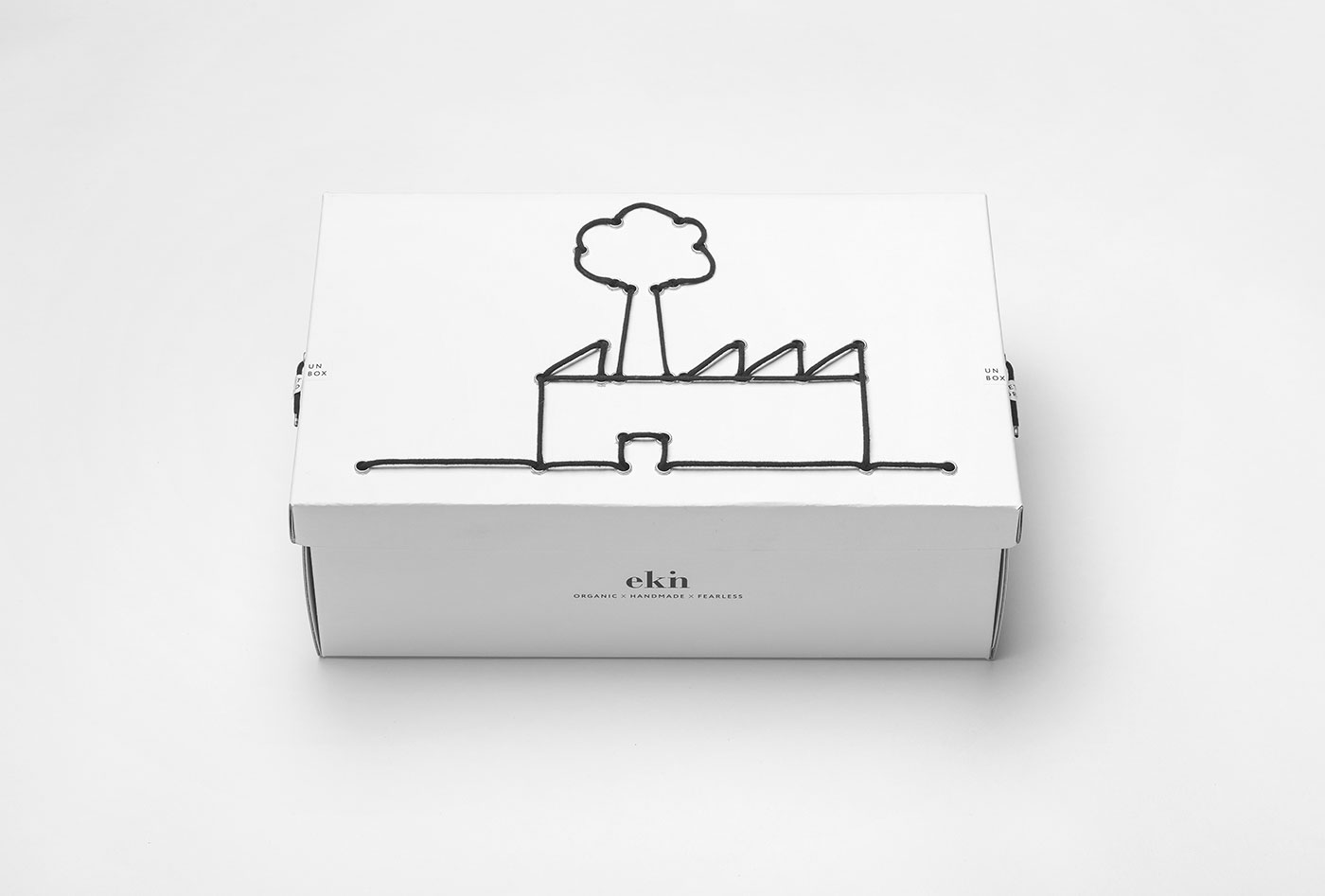 Over the past few decades, the global footwear market has been filled with poorly constructed, synthetic shoes. The materials used in the manufacturing process are harmful to the environment, the workers and the consumers. In response to that EKN footwear was founded. The products are handmade by experienced craftsmen in Portugal with organic material sourced from the highest quality suppliers. To be as sustainable as possible we rethought the classic shoebox and made it tell EKNs Brand story.

"Think of how much time you spend in your car. Throughout your lifetime, it's weeks. You deserve to spend all that time in comfort. Don't you?" One of the first originated works I did that also made it to see the light. 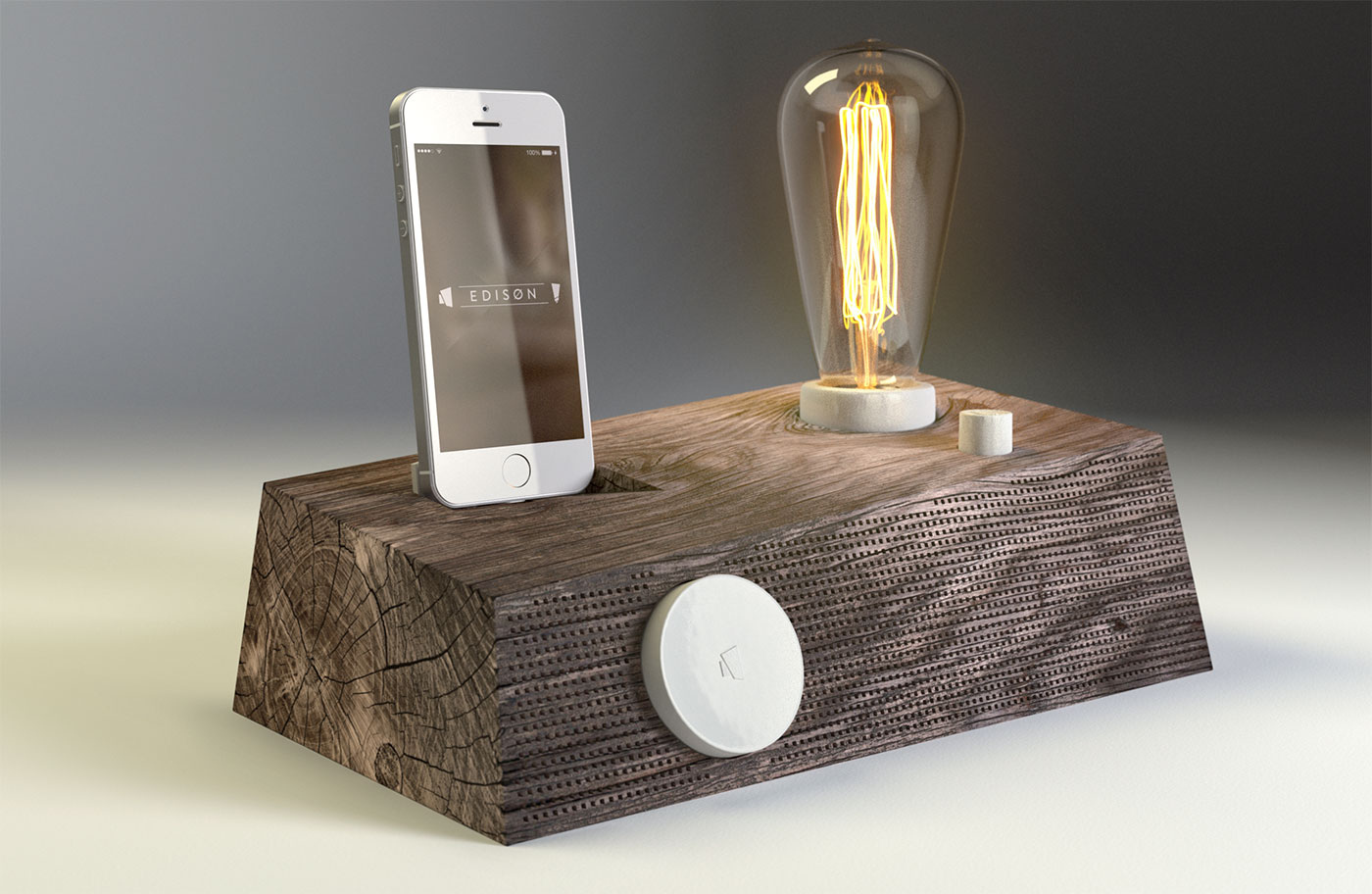 This is a conceptual work created for the iPhone. A SoundDock with a design that’s based on a block of driftwood and contains a small, hidden audio system which is connected to an old-fashioned Edison lightbulb. With an iPhone app it becomes a music docking station which can play your favorite songs, combined with a slightly increasing light for a gentle wake-up.

The controls for light, volume and phone support are made of old-fashioned ceramic, which is also used for the socket of the lightbulb.